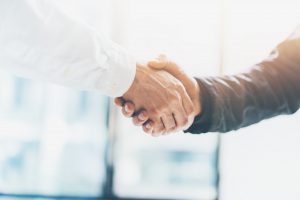 Willingham v. Jefferson County Board of Education, a 2016 Jefferson County Circuit Court jury trial verdict with an award of  $35,000 in back pay and $90,469.54 in attorney fees arising out of the workplace harassment of Plaintiff who suffers from acute Multi Chemical Sensitivity Syndrome.

Hegyi v. Lowe.  a 2015 Berkeley County Circuit Court jury verdict in which the Jury found that our clients were entitled to free use of a right of way and the Defendants were ousted from encroachment on our clients’ real estate.

Patrick Henry Estates  v. Miller, 462 Fed. Appx. 339 (4th Cir. 2012) – in which judgment was awarded the client Home Owners Association against a developer requiring conveyance of the common areas to the HOA, as well as monetary judgment in the amount of $250,000.  An appeal to the Fourth Circuit Court of Appeals was denied and the United States Supreme Court denied certiorari.

O’Dell v. Stegall, 226 W. Va. 590 (W. Va. 2010) – in which the West Virginia Supreme Court of Appeals ruled that  the client land owner’s right of way was entitled to protection from illicit use by an adjoining owner

Graham v. Beverage, P.C., 211 W. Va. 466 (W. Va. 2002) – in which the West Virginia Supreme Court of Appeals ruled that the client land owner was entitled to protection from the negligent casting of water which constituted a continuing trespass not barred by the passage of time.

Do you wish to discuss with us a legal need?